It’s all about people. Today’s challenges are complex rather than complicated requiring the common effort of teams in addition to the excellence of individuals. My understanding of leadership is to enable and support authenticity, cooperation and honesty in each of my team members. Team work for me means releasing and utilizing the potential of each team member. Corporate work for me means to apply principled negotiation where authenticity, emotion and people keep an important role. Finally, I’d like to lead with joy. Positive vibrations are not just for the esoteric crowd. They also work within a governmental agency. Isn’t it great to realize things with a team of which others could only dream? Take a leap forward, the barriers of you and your people are not where you thought they were … My long term and in-depth experience in computational science of earth system modeling and satellite remote sensing allows me to imagine and create efficient scientific applications. My excelled programming flavors include Fortran, C, Perl and R under Unix on single hosts or on distributed memory systems using MPI-type parallelization. This means, I know what I am talking about. Requirements engineering, prototyping and project management are key components to successful scientific inventions. However, as a team leader and project manager people come first, since they rather than documents guarantee success.

It is my understandung that public perception of scientific work can strongly be fostered by proper use of visual presentation techniques. My 10+ year long engagement within NASA’s Earth Observatory has thus focused on the creation of public outreach visualizations for government, media, formal and informal education. Why not take the additional step to create real emotions of your important project? 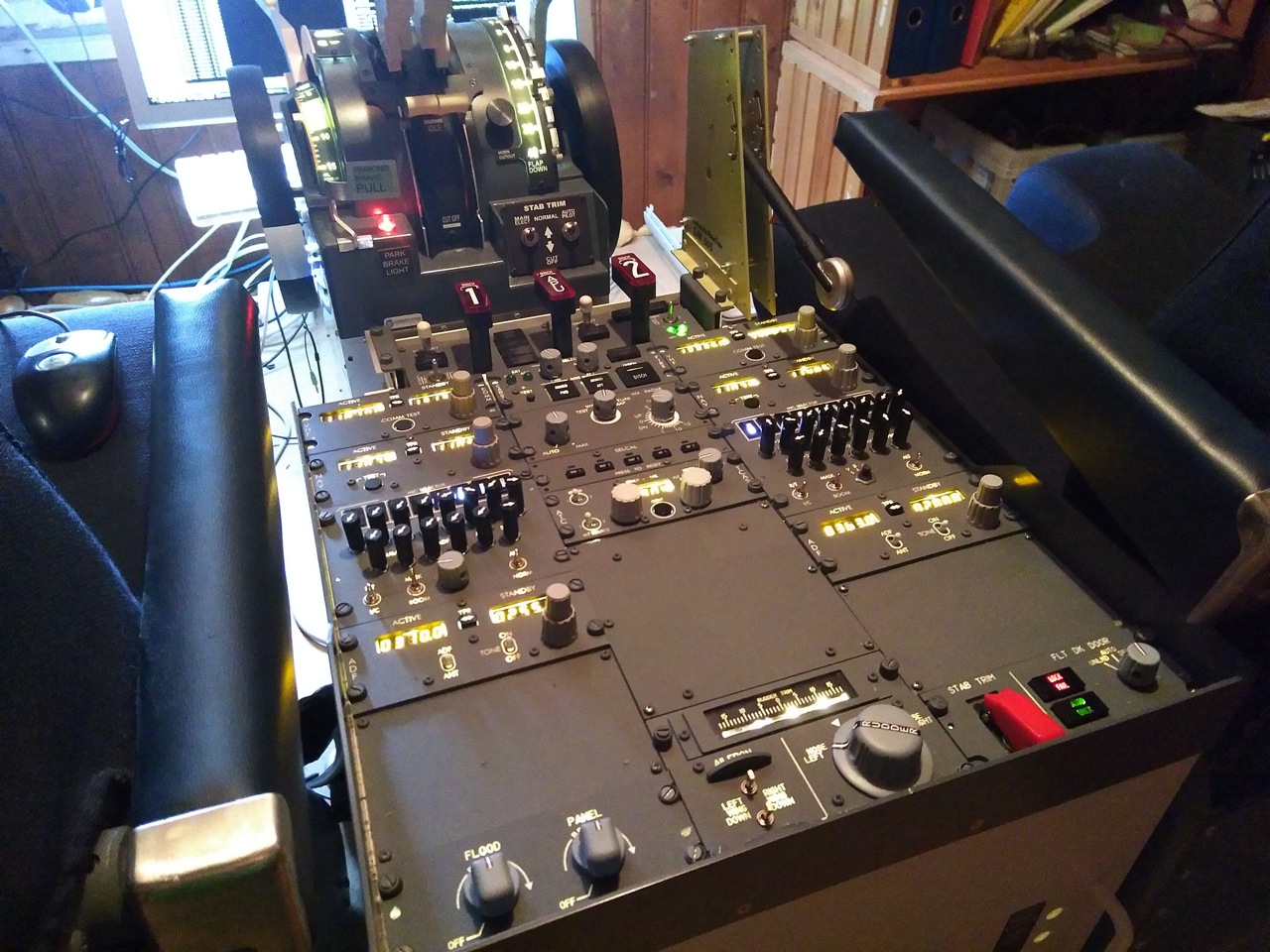 In my free time I am building a Unix-based flight simulation home cockpit of a Boeing 737 jet airplane. This involves gathering used aircraft parts and implementing them at home with custom built electronics and mechanics.

The most complex part of the story is to connect the cockpit elements to the X-Plane flight simulator. For this reason I have created the open source project called XPIOCARDS. It allows users of X-Plane to connect the OpenCockpits hardware, Leo Bodnar’s I/O boards and the OpenGC glass cockpit displays to X-Plane under Linux and OSX. The result is serious and realistic flight simulation (to cite Austin Meyer: it’s not a game!) with fun and quite a bit of inventive potential …